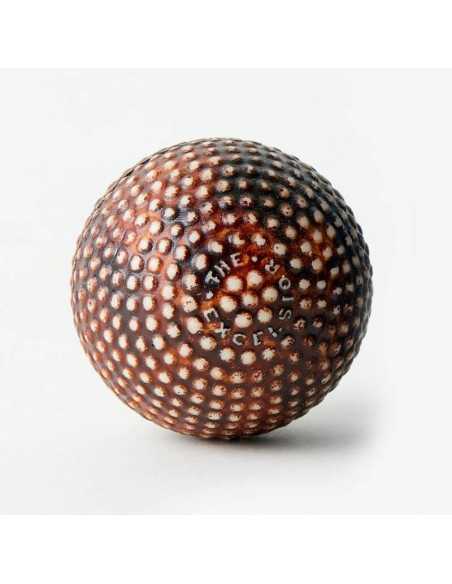 The Gutta Percha ball was the ball that opened golf to the masses, the first major development in the evolution of the golf ball. Made from the resin of the Sapodilla tree indigenous to Malaysia. The resin was originally imported for use in dentistry. Gutta Percha revolutionised the game of golf, the resin when heated in hot water was found to become very soft and easy to shape.  Later balls also had patterns which could affect the flight of the ball. The modern ball has a dimple pattern a follow on from the Gutta Percha period.

The Bramble version was the version that most resembles todays dimple patterns.  This ball is a close resemblance to an authentic Gutta Percha ball. You can play with this golf ball.